A dynamic team of 15 people contribute every day to the running of Vignobles Paloumey working alongside Martine Cazeneuve. 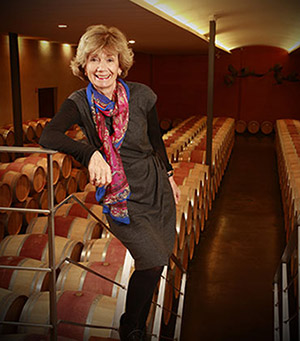 Martine Cazeneuve was no stranger to the world of wine when she took over the reins at Château Paloumey.

A graduate of Bordeaux's Ecole Supérieure de Commerce, she began a career teaching economics and management, while at the same time managing a 7 hectare wine property in Blaye, her native region.

In 1989 she was looking for a property on the left bank and fell in love with Paloumey: she took up the challenge to restore the abandoned vineyard to its former place among the appellation's most reputable châteaux. For a great Cabernet Sauvignon fan, it was a wonderful opportunity!

And so it was that Martine Cazeneuve embarked on an exciting new challenge, which proved to be a remarkable winegrowing adventure. She decided to devote herself exclusively to the rebirth of Château Paloumey, to the point that she came to consider it as her "fourth child"!

Today, Martine Cazeneuve is more motivated than ever: when she is not travelling all over the world promoting Vignobles Paloumey, she is at the château every day, receiving private visitors and representatives of the wine trade. 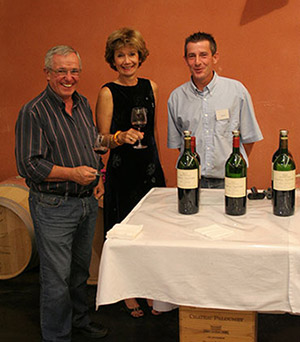 In the vineyard, the winery, the offices and tasting room, the property is privileged to be able to count on highly motivated, competent staff.

After demonstrating his talents at Château Lynch Bages and Cantenac Brown, Pascal Lamarque joined Paloumey in 1994 as Technical Manager (vineyard and winery). He plays a vital role, managing a dynamic team of ten people in the execution of all the tasks involved in the production of fine wines.

General technical director of the Cazes family's properties and consultant oenologist for Axa Millésimes, Daniel Llose has worked with Martine Cazeneuve since 1990 and shares his expertise with the team at Paloumey. His advice is always followed with the greatest confidence, and has enabled Paloumey's wines to express their full potential, year after year.

Ambassadress for Vignobles Paloumey since 2009, Adeline Warthmann manages the promotion and marketing of Paloumey's wines to our trade and private customers. Having gained experience in the Napa Valley, she also manages the property's wine tourism activities, creating superb tours and experiences for our visitors.