The Paloumey spirit: Renaissance and Excellence

"Paloumey" has its origins in the Gascon dialect and means "the place where the woodpigeons pass". Every year, this beautiful migratory bird flies over the Bordeaux region as it returns to warmer southern climes.

CHATEAU PALOUMEY: FROM GLORY TO OBLIVION 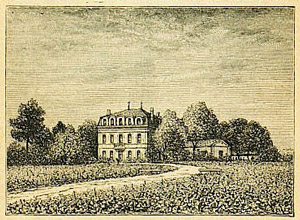 At the beginning of the 19th century, Château Paloumey, a 35 hectare property in Ludon-Médoc, belonged to a wine merchant by the name of Octave Dupuy. Convinced of the southern Médoc's excellent potential, he embarked on a complete renovation of the property

Château Paloumey's wines enjoyed an excellent reputation and were soon ranked among the best Crus Bourgeois du Médoc, as can be seen in the second edition of “Bordeaux and its Wines” published by Féret in 1868.

Weakened by the phylloxera crisis at the end of the nineteenth century and a victim of the war years, Paloumey's vineyard was abandoned and in 1950 all of the vines were pulled up. Château Paloumey languished in oblivion for nearly 40 years.

When, in 1989, Martine Cazeneuve took up the challenge to restore Château Paloumey's reputation, it was a monumental task: there were no vines and no winery ! The Château, an early nineteenth century family house, was the only remnant of the property's glorious past.

Martine Cazeneuve, in association with the Savare family, devoted several years of intense, impassioned work to reforming the various plots in the vineyard, planting new vines and building a winery to breathe new life into the property.

Her determination was rewarded in 2003 when the quality of the wines was recognized once again and Château Paloumey was promoted to the category of Crus Bourgeois Supérieur. Today there are 34 hectares of vines planted in the communes of Ludon-Médoc and Cussac-Fort-Médoc.

CHATEAU PALOUMEY AND THE EXCELLENCE OF THE CRUS BOURGEOIS 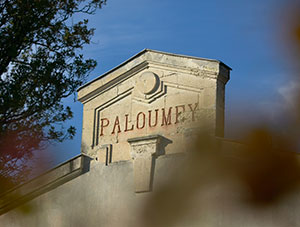 Château Paloumey has been part of the Crus Bourgeois du Médoc family since the nineteenth century. The Bourgeois, originally residents of the city of Bordeaux, were the happy owners of many of the region's finest properties.

Bordeaux's wine brokers recorded 444 Crus Bourgeois in 1932, but it was not until 2003 that the first official classification was established. Château Paloumey was recognized as one of the best, with the awarding of Cru Bourgeois Supérieur status !

Following the annulment of the classification in 2007, a new annual quality selection procedure was introduced by the Crus Bourgeois, called the "Official Selection".

Since the 2008 vintage, Cru Bourgeois approval has been granted every year to Château Paloumey, and to Château La Garricq, made from our vines in Moulis-en-Médoc. This approval represents a well-deserved recognition of the quality of Vignobles Paloumey's wines.